In postmenopausal women who took anastrozole, bone mineral density (BMD) showed significant improvement at the lumbar spine, according to a study presented at the American Society for Bone and Mineral Research 2018 Annual Meeting, held September 28-October 1, 2018, in Montreal, Quebec, Canada.

Previous research has found that anastrozole may prevent breast cancer in postmenopausal women; however, it is associated with accelerated BMD loss. The aim of this study was to assess changes in BMD, using dual-energy X-ray absorptiometry, 2 years after treatment cessation in women who participated in the IBIS-II breast cancer prevention trial.

In the IBIS-II trial, 3864 postmenopausal women were randomly assigned to anastrozole 1 mg/day or placebo for 5 years. A BMD substudy was conducted that included 1410 of the participants. Results were stratified into 3 strata according to their baseline T-score at spine or femoral neck (stratum I [n=760]: T-score > −1.0 and observed; stratum II [n=500]: −1.0 < T-score > −2.5 and randomly assigned to weekly risedronate or placebo; stratum III [n=150]: −2.5 < T-score > −4.0 and/or 2 fragility fractures and all receiving risedronate).

The objective of this analysis was to investigate whether there was a change in dual-energy X-ray absorptiometry BMD at the spine and hip 2 years after stopping either anastrozole or placebo.

These were the first results from a breast cancer prevention setting that reported BMD changes after stopping anastrozole. There were more BMD improvements at the lumbar spine in the women originally assigned to anastrozole rather than placebo. “Our results show that negative effects of [anastrozole] on BMD in the preventive setting are partially reversible.” 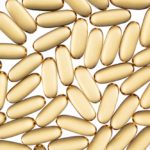