SEATTLE — A survey of physicians who regularly prescribe oral bisphosphonates has shown that they consider several relevant risk factors when prescribing and generally have a preference for weekly or monthly regimens, according to newly presented data

In addition, researchers reported that a substantial minority of patients tend to be noncompliant with oral bisphosphonates, which primarily appears to be due to gastrointestinal intolerance and medication-related side effects.

“Oral bisphosphonate therapy is guideline-recommended first-line treatment for postmenopausal women and has been shown to reduce the risk of vertebral and hip fractures. Recent studies indicate that effective fracture prevention has been hindered by the suboptimal prescribing of bisphosphonates to high-risk women, and the low persistence and compliance among women who have been prescribed bisphosphonates,” said Xiaoqin Yang, PhD, who is the associate director of the Center for Observational and Real-World Evidence (CORE) at Merck in Lebanon, New Jersey.

Dr Yang, who presented the findings from the survey at the American Society for Bone and Mineral Research (ASBMR) 2015 Annual Meeting, said osteoporosis affects 16% of U.S. women aged 50 years or older, which increases their risk for fracture.

Dr Yang and colleagues conducted a survey of 158 physicians who saw postmenopausal women aged 55 years or older who were prescribed oral bisphosphonates.

A majority of the participating physicians were male (77.7%) and had been in practice for more than 20 years (58.6%), mainly in the nonacademic group practice setting.

The researchers sought to characterize the perspectives of physicians on key issues surrounding treatment of osteoporosis with oral bisphosphonates.

The objectives of this study were to assess physicians’ oral bisphosphonate prescribing practices, including their use of drug holidays, and to determine their preferred drug therapies and perceptions of patient compliance.

According to physician-reported information, major reasons for noncompliance with oral bisphosphonate therapy among patients included intolerance to medication due to gastrointestinal conditions (71.5%), side effects of medication (69.6%), and affordability of medication (31.0%).

Results showed that most physicians preferred weekly or monthly oral bisphosphonates for newly diagnosed patients (54.4% and 34.2%, respectively) as well as for long-term users (40.5% and 36.1%, respectively).

“Physicians consider known risk factors for osteoporotic fracture, such as bone mineral density and history of fracture, when prescribing oral bisphosphonates. Weekly and monthly dosing of oral bisphosphonates were the dominant treatment options preferred by physicians. More than 80% of the physicians surveyed incorporated a drug holiday into their prescribing practices (23.4% always, 58.9% sometimes), though the timing of the holiday and reasons for the drug holiday varied between prescribing physicians,” Dr Yang told Endocrinology Advisor.

“Adverse effects associated with long-term bisphosphonate use are rare, and evidence is mixed regarding the risk of fracture after discontinuation.”

Dr Yang said that 82.9% of the physicians estimated that patients would rate the acceptability of oral bisphosphonates for osteoporosis as 5 to 8 on a 0- to 10-point scale.

The survey also showed that most physicians predicted that more than half of patients would comply with the prescribed medication for at least 1 year.

Only 17.7% of the physicians predicted that less than half of patients would be compliant in the first year, according to Dr Yang. 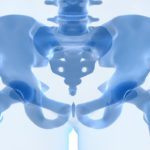