ORLANDO, Fla. — Significant heart disease may start even earlier in obese children than some clinicians may have suspected, with a new study indicating that children aged as young as 8 years have signs of heart abnormalities.

Specifically, results showed that obese children had a 27% increase in left ventricular mass (P<.001) and a 12% increase in left ventricular thickness (P=.01) compared with normal-weight children. Researchers also found that 40% of obese children included in the study were considered high-risk because of problems with thickened muscle in the heart as well as impaired pumping ability.

The research was presented at the American Heart Association Scientific Sessions.

“Obesity affects nearly 1in 5 children in the United States and is associated with premature death, which can be mostly attributed to cardiovascular disease. Little is known about the link between pediatric obesity and heart disease. Some studies have investigated the changes in the hearts of obese children; however, results have been inconsistent,” said Linyuan Jing, PhD, lead study author and researcher at Geisinger Health System in Danville, Pennsylvania.

“To our knowledge, this is the first study to comprehensively evaluate the prevalence and severity of heart disease in obese children using the most advanced technology.”

None of the children in the study showed physical symptoms, but Dr Jing and colleagues cautioned that heart problems during childhood may lead to more complicated health conditions in adulthood as well as premature death from heart disease.

Parents should be highly motivated to help their children maintain a healthy weight, Dr Jing noted, and these new findings should be further motivation for parents to help children lead a healthy lifestyle.

Hopefully, the effects in the hearts of these children are reversible, she said, but it is possible that there could be permanent damage.

Some of the obese children had conditions associated with excess weight, including asthma, high blood pressure, and depression, the researchers reported.

All 40 children underwent magnetic resonance imaging (MRI). Children with diabetes were excluded as well as and those who were too large to fit into the MRI machine to have measurements taken of their heart.

As a result this means the actual burden of heart disease in obese children may have been underestimated because the largest kids who may have been the most severely affected could not be enrolled, Dr Jing noted.

These findings are alarming and understanding the long-term ramifications of this will be critical as endocrinologists deal with the impact of the pediatric obesity epidemic, she said, noting that endocrinologists now are treating more and more obese children and they have a very difficult task.

“Endocrinologists see a lot of children with obesity and are struggling with deciding how best to treat this growing population. The next hypothesis we are testing is that insulin resistance may be playing an important role in the development of heart disease in obese children. If this proves true, insulin resistance, not just glucose intolerance, may be an important treatment target in obese children,” said Dr Jing.

“The take-home message is that our results are preliminary, but future work investigating the impact of pediatric obesity and insulin resistance on the heart is forthcoming and potentially highly relevant to any endocrinologist.” 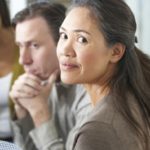