SAN FRANCISCO — Researchers identified certain factors that were linked to a higher associated risk of developing bullous pemphigoid (BP), including dementia and the use of spironolactone, according to study results presented at the American Diabetes Association 79th Scientific Sessions, held June 7 to 11, 2019, in San Francisco, California.

Investigators sought to determine risk factors associated with the development of BP and examine the relationship between BP and the use of dipeptidyl peptidase-4 inhibitor (DPP-4i) therapy in patients with type 2 diabetes (T2D).

Researchers included 14,178 patients with T2D receiving DDP-4is and 28,374 matched controls from the National Health Insurance Research Database from 2009 to 2013. To be included in the DPP-4i cohort, patients were required to have been receiving DPP-4i therapy for ≥84 days, while the control arm consisted of patients with T2D who had never used DPP-4is. Patients were matched based on gender and age within 5 years at a ratio of 1:2.

Researchers concluded that, “[DPP-4is] were associated with an increased risk of the development of BP in patients with [T2D].” In addition, patients who used metformin had a lower risk for developing BP compared with patients who did not use metformin. 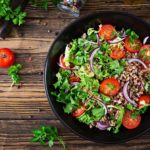