A hemoglobin A1c (HbA1c)-based algorithm was safe and efficacious for transitioning of care in general surgery patients with type 2 diabetes, according to results presented at the American Diabetes Association’s (ADA) 77th Scientific Sessions, held June 9-13 in San Diego, California.

“We have shown that using a simplified HbA1c-based algorithm is safe and effective in improving glycemic control in surgery patients with type 2 diabetes after discharge from the hospital,” study investigator Neda Rasouli, MD, of the University of Colorado School of Medicine, Aurora, said in an interview.

Dr Rasouli explained that at present, data are limited on the optimal transition of diabetes care in general surgery patients with type 2 diabetes.

“It is a common practice to focus on the care for acute problems during hospitalization, and transition of care for diabetes has not been studied,” she said. “We identified this gap in knowledge and examined the efficacy and safety of an HbA1c-based algorithm in this population.”

Patients who were receiving incretin-based therapy or insulin >0.5 units/kg before hospitalization were excluded from the study.

According to study background, the algorithm recommended the following:

The researchers altered treatment to achieve a target HbA1c <7%.

In other data, only 2 patients experienced a blood glucose <40 mg/dL, 1 of whom was in the HbA1c <7% group and the other was in the HbA1c >9% group. The rate of severe hyperglycemia (blood glucose, >300 mg/dL) did not significantly differ between groups (P = .12), nor did HbA1c and the rate of hypoglycemia in patients treated with linagliptin vs comparators.

“We propose that hospitalization can be used as an opportunity to improve diabetes care,” Dr Rasouli concluded. “It will potentially reduce the rate of complications post discharge as well as long-term complications of diabetes.”

Dr Rasouli said she and her colleagues also propose that implementing an algorithm-based transition of care for patients with diabetes is feasible and safe, and will improve long-term glycemic control after discharge. 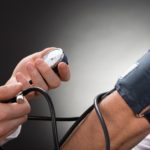