(HealthDay News) — Researchers are launching a clinical trial to investigate whether repeated injections of the tuberculosis vaccine bacille Calmette-Guérin (or BCG vaccine) holds promise as a treatment for type 1 diabetes.

The researchers announced the start of their phase 2 trial at the American Diabetes Association (ADA) 75th Scientific Sessions in Boston.

“BCG is showing so much promise in worldwide trials [for conditions such as multiple sclerosis],” study author Denise Faustman, MD, director of the immunobiology laboratory at Massachusetts General Hospital in Boston, told HealthDay.

The phase 1 trial of the vaccine lasted 20 weeks. The average time the study volunteers had diabetes was 15 years.

They were randomly assigned to receive two injections of the vaccine or a placebo. The treatment was associated with temporary elimination of diabetes-causing T cells as well as a small, transient return of insulin secretion.

The new randomized, double-blind trial will include 150 adults aged 18 to 60 years. Volunteers will receive two injections, of either the vaccine or a placebo, 2 weeks apart. Then they’ll be given a single injection annually for the next 4 years.

Faustman said initially they’ll need to do blood tests every 2 weeks or so. Eventually, blood tests will only need to be done every 6 months to once a year. 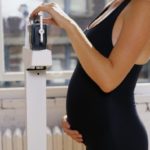