The 26-week, randomized, open-label study included adults with type 2 diabetes that were poorly controlled on basal insulin with or without oral antidiabetics for at least 6 months. Patients were randomly assigned to the addition of once-daily lixisenatide to insulin glargine, basal insulin glulisine or basal-bolus insulin glulisine. The co-primary endpoints of the study were reduction in HbA1c and body weight change.

Additionally, the results indicated that lixisenatide significantly reduced postprandial glucose in patients treated before breakfast compared with the other two insulin regimens (LS mean difference, –37 mg/dL; 95% CI, –59 to –15 vs. basal-plus and –40 mg/dL; 95% CI, –61 to –19 vs. basal-bolus).

“There is a need for expanding the options, beyond injectable rapid-acting insulin, to facilitate advancing and further improving basal insulin replacement therapy,” researcher Julio Rosenstock, MD, director of the Dallas Diabetes and Endocrine Center at Medical City, said in a press release.

“This study shows that the addition of lixisenatide to basal insulin was meaningfully effective with some additional benefits over rapid acting insulin.”

Sanofi plans to resubmit lixisenatide to the FDA in the third quarter of 2015. 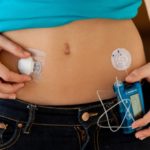