BOSTON — The investigational ITCA 650, which is an injection-free GLP-1 agonist that provides continuous subcutaneous exenatide for up to 12 months from a subdermal placement, yielded significant reductions in HbA1c and weight and improved glycemic control in patients with type 2 diabetes, according to data presented at American Diabetes Association (ADA) 75th Scientific Sessions.

In the placebo-controlled, double-blind, phase 3 FREEDOM-1 trial, 460 patients with type 2 diabetes whose HbA1c was not controlled by oral antidiabetes medications or diet and exercise alone were assigned to treatment with ITCA 650 40 mcg daily, ITCA 650 60 mcg daily or placebo. They started with 20 mcg daily for 13 weeks and then progressed to 40 mcg or 60 mcg daily for 26 weeks.

Mean HbA1c was 8.5%, mean BMI was 33 and mean diabetes duration was 9 years, and baseline characteristics were similar for patients in all three groups.

Progressive weight loss appeared to be dose-dependent over 39 weeks, with use of ITCA 650 60 mcg daily resulting in greater weight loss.

The most common adverse events were gastrointestinal events that are consistent with the GLP-1 class and decreased over time. Other adverse events were associated with the administration and the procedures used to place or remove ITCA 650, although they were generally mild and transient.

“Reaching and sustaining recommended blood glucose levels and weight loss are important but very difficult goals to achieve and maintain for the majority of patients with type 2 diabetes,” lead investigator Julio Rosenstock, MD, director of the Dallas Diabetes and Endocrine Center at Medical City and clinical professor of medicine at the University of Texas Southwestern Medical Center, said in a press release.

The FREEDOM-1 HBL, also presented at this year’s meeting, was an open-label trial that ran concurrently with the FREEDOM-1 phase 3 trial designed to evaluate the safety and efficacy of ITCA 650 in patients with high baseline HbA1c.

The trial enrolled 60 patients with a mean HbA1c of 10.8%, mean BMI of 32 and mean diabetes duration of 9 years. Patients were all treated with ITCA 650 20 mcg daily for 13 weeks and then ITCA 650 60 mcg for the next 26 weeks. Oral antidiabetic agents were maintained and remained unchanged throughout the study period.

Significant reductions in mean HbA1c were seen at week 6, according to the data, and the change from baseline was sustained over time. At week 39, mean reduction was 3.4%, and 22% of patients had achieved reductions of at least 4%. Additionally, 22% of patients achieved a target HbA1c of less than 7%.

The most common adverse events were nausea, vomiting, diarrhea, headache and urinary tract infection, according to the data. The gastrointestinal adverse events decreased after the first week, and there were no reports of pancreatitis or major hypoglycemic events. Minor hypoglycemia was reported in 6.7% of participants.

“I am very pleased with these phase 3 results. ITCA 650 delivered excellent results for such a high-risk and refractory patient population — and all of this without the need for regular self-injections,” Robert Henry, MD, chief of VA Endocrinology & Metabolism and professor of medicine in residence at the University of California, San Diego, said in the release.

“I think these new data indicate that the ITCA 650 method of delivery may provide an uninterrupted, smooth and continuous dose that delivers powerful reductions in HbA1c without the need for patient action in terms of managing their medication, which we all know can be extremely challenging.” 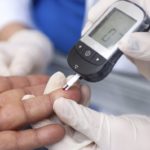