Salvatore Iovino, PhD, an employee at Merck in Boston who conducted this research while completing postdoctoral studies at Joslin Diabetes Center, said researchers know that insulin resistance primarily affects the liver, adipocytes and skeletal muscle. However, they remain unsure of the exact timing of disease, which tissues are hit first by insulin resistance and, more importantly, what pathways are changed in these tissues.

According to Iovino, studies involving iPS cells may help answer some of these questions.

“In this way, we can use iPS cells as a tool to dissect molecular pathways that can lead to insulin resistance in different tissues in the same individual,” Iovino added, noting that this has potential ramifications for personalized medicine and regenerative medicine like beta-cell transplantation, as well as disease modeling and drug discovery.

iPS cells are a type of pluripotent stem cell that are artificially derived from a non-pluripotent cell, which is usually an adult somatic cell like a skin fibroblast, by inducing forced expression of specific genes. The iPS cells have been shown to be exactly similar to embryonic stem cells in terms of morphology, expression profile, epigenetic status, in vitro differentiation and teratoma formation, Iovino explained.

To learn more, Iovino and colleagues analyzed iPS cell lines derived from four healthy individuals and four individuals with Donohue syndrome, which is a genetic, extreme form of insulin resistance that arises from mutations in the insulin receptor gene (IR-Mut). The cells were differentiated over 35 to 40 days into functional myotubes using a cocktail of bFGF, forskolin and the GSK3-beta inhibitor BIO.

When compared with control myotubes, the IR-Mut expression of insulin-regulated metabolic genes, including HK2, GLUT4 and RAD1, was significantly reduced. The researchers found that control myotubes responded to insulin with significant increases in the expression of the early growth response genes EGR1, cFOS and JUN. However, in IR-Mut myotubes, that was not the case, and the insulin-stimulated transcriptional changes were impaired.

“We can use iPS cells as a new model and a new tool to study human insulin resistance and metabolic disorders. We can further speculate that we can now move to more subtle disease like type 2 diabetes and obesity. We can further differentiate these cells into the whole insulin responsive tissues and further metabolically characterize this cell line,” Iovino concluded. 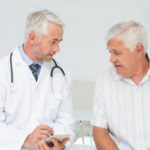