BOSTON — Gestational diabetes was more prevalent among Chinese, South Asian and Aboriginal women, as compared with the general population, in a study conducted in Alberta, Canada, a presenter reported at the American Diabetes Association (ADA) 75th Scientific Sessions.

“We know that gestational diabetes is on the rise worldwide, and when we look at multiethnic cohorts, we can see that Asians and Pacific Islanders are at the top in terms of leading prevalence,” Roseanne O. Yeung, MD, MPH, FRCPC, of the University of Alberta in Canada, said.

During her presentation, Yeung highlighted the diversity of Alberta, Canada, noting that the population is about 5% Aboriginal, 4.5% Chinese and 3.5% South Asian. “It is also the fastest growing Canadian province and has the youngest population in Canada, which makes gestational diabetes all the more prevalent.”

In their study, Yeung and colleagues sought to compare patterns of gestational diabetes among different ethnicities using the Alberta Perinatal Health Program.

The program captures all deliveries under registered providers, including doctors, nurse practitioners and registered midwives. As a woman becomes pregnant and goes through the program, she receives a form that follows her throughout pregnancy and is filled out by her various health care providers, Yeung said.

The retrospective cohort study included administrative health claims data for 248,525 women aged 15 to 44 years in Alberta with singleton delivery between 2004 and 2009.

Women with multiple gestational births were excluded, although some women who gave birth multiple times throughout the study period were included more than once.

Baseline characteristics of the cohort, including 250,395 newborns and 190,224 mothers, indicated that Chinese women were the oldest mothers and women with Aboriginal status were the youngest. Differences in household incomes and living in urban vs. rural areas were also noted.

After adjusting for maternal age, overall gestational diabetes prevalence rates were 7.0% for Chinese women, 7.3% for South Asian women, 6.1% for women with Aboriginal status and 3.5% for the general population.

The researchers also examined whether ethnicity was associated with obstetrical and neonatal outcomes in those with gestational diabetes, which included about 10,000 newborns.

Chinese women and those with Aboriginal status were also less likely to have a cesarean delivery than the other two populations.

Yeung also noted limitations of the study, including potential misclassification of gestational diabetes, possible selection bias and not knowing what treatments mothers were receiving, among others.

“During pregnancy, of the four ethnicities, Chinese had the highest prevalence of gestational diabetes. Maternal age seems to be a major contributor to ethnic differences, and further analysis using ethnicity-specific birth weight could aid in our interpretation of these data,” Yeung said.

“This really highlights the fact that we need to do further exploration of these ethnic differences in order to develop and tailor strategies to reduce and prevent gestational diabetes.” 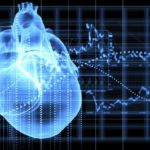