BOSTON — Glycemic variability may be reduced while maintaining similar HbA1c levels through use of a glucagon-like peptide-1 (GLP-1) receptor agonist rather than prandial insulin, according to the FLAT-SUGAR proof-of-concept trial.

The data were presented at the American Diabetes Association (ADA) 75th Scientific Sessions.

For the Fluctuation Reduction with Insulin and GLP-1 Added Together (FLAT-SUGAR) trial, researchers from the University of Washington hypothesized that glucose variability contributes to vascular disease by inducing inflammation, oxidative stress and cardiac arrhythmias.

The researchers believe that glucose variability may be of more clinical importance than previously recognized. They performed a feasibility study to determine if they could decrease glycemic variability while keeping the same HbA1c levels in patients with insulin-requiring type 2 diabetes.

“I believe the glucose control concept is too simple. It’s not that HbA1c isn’t important; it’s just that there is more involved than HbA1c. We know for example that 11% of the variation of retinopathy between the two treatment groups in the DCCT was due to HbA1c, meaning we don’t know what is responsible for the other 89%,” said study researcher Irl Hirsch, MD, who is a professor of medicine at Washington University School of Medicine in Seattle.

He said for the past decade he has been fascinated by the basic science research suggesting variability of glucose may promote activation of inflammation and oxidative stress, which are both involved in the pathogenesis of diabetes complications.

Much, but not all, of the epidemiologic data suggest the same, according to Hirsch.

He said glycated hemoglobin is clearly associated with diabetes complications, but it does not reflect glycemic variability.

To investigate this issue, Hirsch and his colleagues enrolled 102 patients in the FLAT-SUGAR trial. All the patients in this trial underwent a run-in period of stabilization on basal-bolus insulin with metformin. The patients then were continued on basal insulin and metformin, and subsequently randomly assigned to prandial therapy in two groups. One group received the GLP-1 agonist, exenatide (Glipulin group; n=47).  The second group continued on rapid-acting insulin analogs (BBI group; n=45).

The trial employed masked continuous glucose monitoring (CGM), and the investigators were able to assess metabolic markers of cardiovascular risk at baseline, 13 weeks and 26 weeks in 92 patients.

Hirsch said at randomization, HbA1c for the cohort was 7.9%, and the coefficients of variation of CGM were 31.9 for the Glipulin group and 30.3 for the BBI group.

The study demonstrated that at 26 weeks, HbA1c levels were similar (7.1% vs. 7.2%) in both groups. However, in the Glipulin group, the mean coefficients of variation of CGM changes differed (–2.4 vs. +0.4 for the BBI group).

Results revealed improvements in the mean amplitude of glycemic excursions (MAGE) in the Glipulin group (rank sum P=.049), but not in other markers of glycemic variability.

There was also no severe hypoglycemia in either group.

In the Glipulin group, at 26 weeks, body weight was lower compared with the BBI group (–4.7 kg vs. +0.8 kg; P<.001). The researchers also found that serum amyloid A (SAA) and alanine aminotransferase (ALT) levels were lower in the Glipulin group.

“FLAT-SUGAR is a feasibility trial to show we can take a group of insulin-requiring patients with type 2 diabetes and randomize them to treatment groups that will either make the glucose levels more variable or less variable, while at the same time maintaining identical HbA1c levels,” Hirsch told Endocrinology Advisor. “We hope to perform a larger definitive study to see if variability is or is not involved in, or at least is associated with, diabetes complications.

Hirsch said a larger trial may be to determine whether targeting glycemic variability improves clinical outcomes in diabetes. 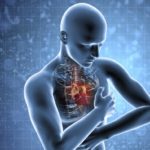