They reported their findings at the American College of Cardiology’s (ACC) 65th Annual Scientific Sessions.

“We asked 2856 people free of CVD to estimate their 10-year risk of having a heart attack or stroke, and compared it with their calculated risk based on the pooled cohort equations,” said study investigator Ann Marie Navar, MD, PhD, a cardiology fellow at the Duke Clinical Research Institute in Durham, North Carolina. “Only 1 in 4 adults was able to accurately estimate their risk within 10 percentage points of what was calculated, and more than half of adults overestimated their risk of heart disease.”

Men and older adults tended to underestimate risk for CVD, while women and younger adults overestimated their risk, noted Dr Navar. She said prior studies show that the general population has a hard time estimating risk, and many people have trouble with numerical concepts like percentages.

“We were not surprised by the finding that people were unable to accurately estimate their risk. We were surprised that most people overestimated their risk, as other studies have shown high rates of ‘optimistic bias’ where people think they are lower risk than they are. We were also surprised at how many people estimated their risk to be extremely high, such as more than 80%, or extremely low. Several people reported their risk was 0%,” Dr Navar told Endocrinology Advisor.

The researchers noted that current cholesterol management guidelines emphasize shared decision making between patients and health care providers, with a focus on risks and benefits of statin therapy.

Dr Navar and her team created the PALM registry, a large cross-sectional registry including patients from primary care, cardiology, and endocrinology practices across the United States, to better understand where gaps in care exist at both the patient and provider level.

The study population included patients who were free of ASCVD and were aged 40 to 79 years. All participants had core lab lipid values and were seen by 333 providers including 106 cardiologists, 17 endocrinologists, and 175 general medicine providers. The study showed that those on statins had slightly lower 10-year predicted risk for ASCVD compared with those not on statins (mean, 28.6% vs 31.3%). However, there were no differences found in perceived risk for CVD among statin users compared with nonusers (mean, 30.3% vs 30.4%)

“Both the American Heart Association/American College of Cardiology guidelines and the American Association of Clinical Endocrinologists guidelines emphasize using a patient’s 10-year risk of heart disease to identify people to treat with statins,” said Dr Navar. “We need to be sure that we understand patient’s baseline perceptions of risk before engaging in a risk discussion. Someone with a risk of 20% may respond very differently to hearing their risk is 20% depending on where they are coming from. If they think their risk is 90%, telling them their risk is 20% may not motivate much behavior change.” 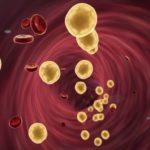 Cardiovascular Events Not Reduced With Evacetrapib in High-Risk Patients